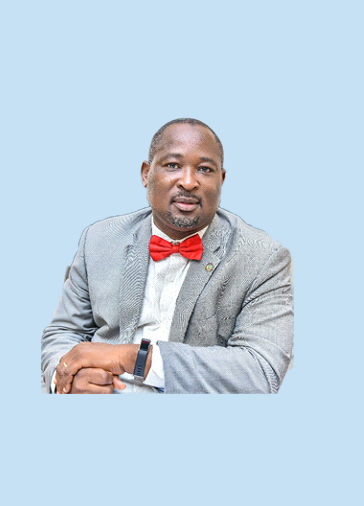 He had his primary education at Are Ago Primary School, Ogbomoso between 1979 and 1984 and proceeded to Anglican Commercial Grammar School Osogbo between 1984 and 1988 for his secondary education.

He has been in leadership position since his primary school days where he was senior prefect both at Primary and Secondary School.

He had His A/L at Federal School of Art and Science between 1988 and 1990. At Secondary School he came out with division one.

He proceeds to University of Ilorin Teaching Hospital between 1990 and 1998. He had his House Job and National service at General Hospital, Baptist Medical Centre and National Hospital Dala in Kano.

He is a Fellow of West African College of Physician and Associate Fellow of National Post graduate Medical College.

He is an examiner and trainer in West African College of Physician. Since his employment at Ladoke Akintola University Teaching Hospital (LAUTECH), he was casualty officer at A/E from 2003 to 2005, the position he handled with passion that grant him respect among staff and patient in the Hospital.

He has been Executive member of ARD, a Chief Resident in Family Medicine, Clinical/Residency Coordinator, Head of Department of Family Medicine, Head of NHIS, Head of Staff Clinic, and Acting Chairman Medical Advisory Committee of the Hospital.

He has held so many position and chair many committees in the Hospital.

His contribution during OHIS, Staff centric Committee can't be under estimated.

He is a season administrator per excellence, teacher, researcher, advocate of His patient and mentor to many upcoming Doctor.

He is a member of many associations like NMA where he is Chairman of Infection Control of the State and he has held many leadership positions at one point or the other such as MDCAN, PIC of RIU, CAN, SOPFON, RC of GP.

He is married to Dr. (Mrs) Afolabi Adebimpe, Consultant Paediatrician and blessed with Children.