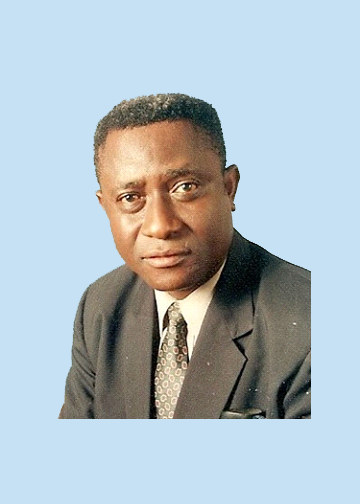 Professor Bankole Oke was born in Lagos, Nigeria. He had his primary education at the Ladi-Lak Institute, Yaba, Lagos; and his secondary at Ijebu-Ode Grammar School.

Professor Oke obtained his DVM, MSc and PhD degrees from the University of Ibadan in 1977, 1983 and 1988 respectively. He is s Fellow, College of Veterinary Surgeons of Nigeria (FCVSN) and he became a Professor in 1996.

Professor Oke had his National Youth Service at the College of Agriculture, ABU, Kabba in the then Kwara State of Nigeria (now Kogi State) and was employed by the Ogun State Ministry of Agriculture and Natural Resources afterwards in 1978.

Professor Oke is a member of various professional bodies amongst which are: the Nigerian Veterinary Medical Association, the Nigerian Society for the Study of Reproduction, the Institute of Biology (UK); M.I.biol, Chartered Biologist (C.biol) London., the Society for the Study of Reproduction (USA), World Association of Veterinary Anatomists (WAVA) and the International Sea-turtle Society (ISS), USA.

He also is a current member of the United States-Africa Development Foundation (US-ADF) based in North Carolina, USA and lately, Patron of the Dove-Haven Foundation (DHF), Nigeria.

Professor Oke has carried out extensive research in collaboration with numerous notable scientists in the United States while a Rockefeller Scientist and Biotechnology Career Fellow at the Georgetown University Medical School, Department of Anatomy and Cell Biology (Oct. 1990 - Oct. 1992, Summer of 1993, 1994 and 1995).

His pioneering work on the reproductive biology of the African giant rat aided its domestication and stimulated various scientific investigations thereby encouraging and supporting commercial breeding of a hitherto endangered wild rodent.

Professor Oke has supervised numerous students at DVM and M.Sc. levels as well as eight at Doctoral level, five of who have become Professors in their own right at various Universities both in Nigeria and abroad. Professor Oke has two (2) books to his credit and he, together with co-investigators have registered Five (5) patents in their names, thirty-three (33) conference proceedings as well as over a hundred (100+) scientific publications so far.

Professor Oke is married to Mrs Gbemisola Aderemi Oke (Nee Aderinokun), a Professor of Preventive Dentistry, and they have three children.